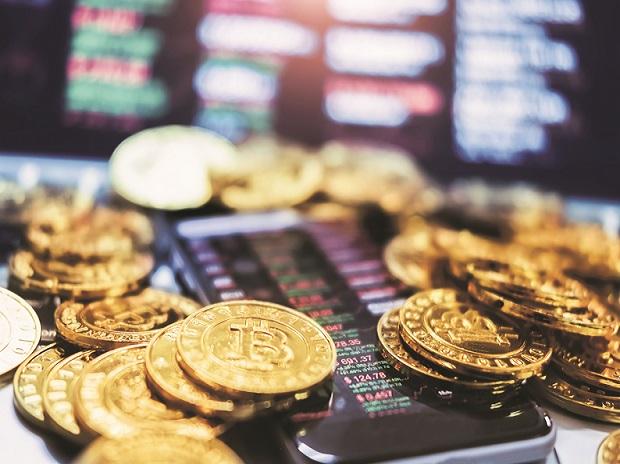 After years of delays and setbacks, the first Bitcoin-linked exchange-traded fund in the U.S., the ProShares Bitcoin Strategy ETF, made its debut Tuesday, marking a watershed moment for the crypto industry.

The fund — trading under the ticker BITO — rose about 3% to $41.25 as of 9:33 a.m. in New York. It has been long-awaited by both the crypto community and investors on Wall Street, many of whom have argued for years that a Bitcoin-centric exchange-traded fund has been overdue. The ProShares fund is based on futures contracts and was filed under mutual fund rules that SEC Chairman Gary Gensler has said provide “significant investor protections.”

Meanwhile, the price of Bitcoin has been rising in anticipation — the world’s largest cryptocurrency was trading around $62,000 Tuesday morning in New York, slightly below its April record highs.

It’s long been assumed that whoever receives approval first could stand to reap the greatest benefits — including industry recognition as well as potentially attracting huge amounts of cash. Some analysts are already bullish on BITO’s prospects — the futures-based Bitcoin ETF could attract more than $50 billion in inflows in its first year given the hype around it, according to noted Bitcoin bull Tom Lee, co-founder of Fundstrat Global Advisors.

Market-watchers have a few measuring sticks with which to gauge BITO’s initial reception. The SPDR Gold Shares fund, ticker GLD, had the fastest-ever climb to $1 billion in assets under management, reaching the landmark in just three days, according to Bloomberg Intelligence. More recently, the VanEck Social Sentiment fund, ticker BUZZ, saw more than $400 million worth of shares traded on its debut earlier this year, one of the highest amounts ever for an ETF on its first day.

Bloomberg News reported last week that the U.S. Securities and Exchange Commission wasn’t going to stand in the way of the launch of a futures-backed Bitcoin fund.

Gensler has been viewed as being more open-minded toward crypto than his predecessor, Jay Clayton was. Observers cite Gensler’s previous interest in the crypto world — he once taught a class at MIT’s Sloan School of Management called “Blockchain and Money.” And the chairman had over the summer signaled that regulators may be more open to a Bitcoin ETF if it were based around futures rather than the cryptocurrency itself.