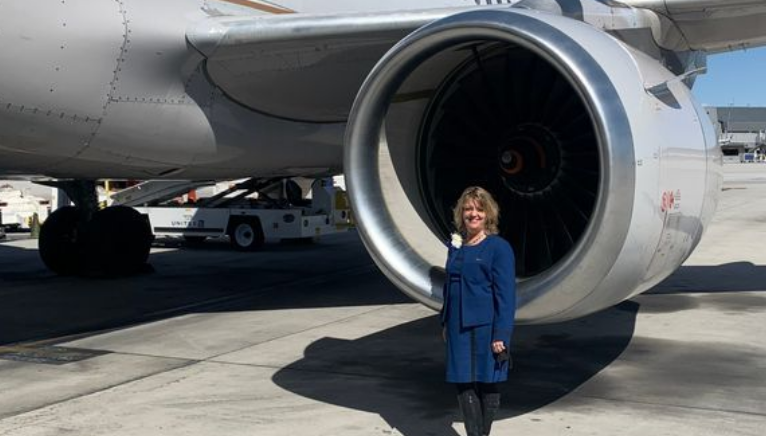 The so-called “Great Resignation” is also “the Great Reinvention.” And if you don’t believe us, believe Sherri Fink.

The 58-year old mother of four is among the 30 million Americans who’ve quit their jobs this year, in the biggest walkout in U.S. history. Fink was a flight attendant for United Airlines UAL, -2.01% for 36 years before hanging up her coffee flask and her inflatable jacket in February.

But even though she’s just a few years shy of the age when she could start collecting Social Security, Fink isn’t giving up on work — she’s moving cities and moving careers. Fink is moving from Chicago to Minneapolis, where she is opening three Clean Juice organic food and juice bar franchises—the first three in the state of Minnesota.

The number of Americans who’ve quit their jobs so far this year is the highest on record, and nearly 40% above the average for the past decade. An astonishing 4.3 million quit in August alone.

“It’s upending my husband and his job, and moving my other two kids up to Minneapolis,” Fink says. “I’ve changed a lot of lives.”

The reason for the move was to be near her other two children, who already live in Minneapolis. The inspiration came last year, when she was visiting one of her sons in the state. They went for a walk, and what happened next sounds like something out of a Hallmark card.

Fink says, “Last year my son walked me around one of the lakes and said, ‘Mom, I’ve worked out, if you live to the median age of 75, and I see you four times a year, that’s only 59 more times. And that’s not enough.’”

Fink says her love of God, her family and healthy living are the guiding principles of her life. The conversation was enough to make her start to think about her priorities as she approached 60, and to make the most of her senior years. And she agreed with her son: She wanted to spend more time with her family while she can.

Fink is the perfect example of that cliché about one door opening when another closes. She says she was happy at United, and initially tried to launch the franchises while still in her airline job. But when the airline offered a great retirement deal early this year, she seized it.

To give you an illustration of the risk: Clean Juice says the startup costs for a single outlet range from around $280,000 to $520,000, including the $45,000 initial franchise fee. Fink told me, “we’ve used a lot of our savings and our stocks to get the business started,” before correcting herself and saying they’d mostly relied on selling their stocks. “We didn’t have to take out a loan to start the first stores,” she said.

She says she was inspired after “falling in love” with the Clean Juice outlets she encountered in Chicago. But Fink really is rolling the dice. Although she gets plenty of support from the CJ head office in North Carolina, she admits she’s had no experience running a juice bar before.

I’ve been scratching my head about the Great Resignation, also known as The Big Quit, in recent months. Employers keep telling me “people don’t want to work.” They say they can’t even get workers for menial or entry-level jobs. It’s left me wondering what all these people are doing. I didn’t realize “not working” was an option. No doubt federal unemployment benefits and other assistance have helped, but how far will they take you? Do these people all have trust funds?

We’re told the Big Quit is the result of massive worker burnout.

I was intrigued to read, in a survey from jobs site Indeed.com, that the generations who say they are experiencing the highest rate of “burnout” at work are millennials and Generation Z.

Apparently 59% of millennials, who are age 25 to 40, are already feeling “burned out” and exhausted by their jobs. The figure was 53% even before the Covid crisis.

And the burnout level is almost as high, at 58%, among Generation Z — who are aged 24 and under.

By contrast, Indeed said only 31% of working baby boomers cited the phenomenon. Seems to me that if people aged 20 to 40 are quitting their jobs in droves, this ought to be good news for those over 40 looking for work. Assuming, of course, that employers consider hiring them.

Meanwhile, I have nothing but respect for someone nearing 60 who is taking a big gamble and launching a new career — and even a new business. We need many more Sherri Finks.