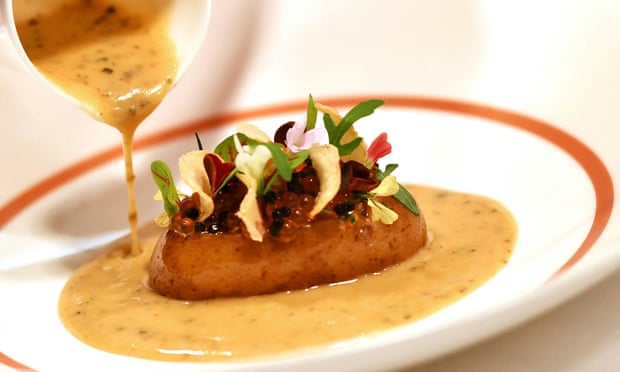 Boris Johnson will host 20 of the world’s most influential business leaders on Monday evening as he urges them to provide a “rocket boost” for “global Britain”, as the UK emerges from the coronavirus pandemic and life outside the EU.

Among those sitting down for the power dinner with the prime minister in No 10 will be the Goldman Sachs boss, David Solomon; the JP Morgan chief executive, Jamie Dimon; Jes Staley, the head of Barclays; and the Microsoft founder turned climate crisis campaigner, Bill Gates.

The exclusive meal, prepared by the Michelin three-star chef Clare Smyth, kicks off a global investment summit with about 200 business leaders invited to meet the Queen at Windsor Castle on Tuesday.

Other big names invited to the Downing Street dinner include Larry Fink, the billionaire boss of the investment firm BlackRock; Stephen Schwarzman, the chief executive of the private equity company Blackstone; Ana Botín, the chair of Santander; the BT chief executive, Philip Jansen; and the foreign secretary, Liz Truss.

Smyth, who catered the wedding of Prince Harry and Meghan in 2018, has been tasked with preparing a menu of “best of British produce”.

Guests will be treated to canapés of jellied eel, chicken liver parfait, pumpkin and white truffle gougères. That will be followed by Smyth’s signature starter of potato and roe, a main course of venison cooked with 16-year-old whisky, and lemon and pear meringue for dessert.

Another dinner for the business leaders who failed to make the cut for Johnson’s No 10 top table will be hosted simultaneously by the chancellor, Rishi Sunak, and William Russell, the Lord Mayor of London, at the Guildhall in the City of London.

On Tuesday the wider group of business leaders will convene at the Science Museum for the investment conference, which is designed to “rocket boost” global interest in the UK and its ambitions to lead the green economy in the run-up to the Cop26 conference in Glasgow, which starts on 31 October.

Anne-Marie Trevelyan, the new international trade secretary, will open the summit followed by Johnson, who will hold a conversation with Gates. The prime minister’s spokesperson said Johnson would ask Gates about “the global transition to renewable energy and the role of the private sector in addressing climate change”.

Trevelyan said: “These titans of enterprise showcase how the UK is using investment to cement itself as a science and tech superpower, and a pioneer of green technology ahead of Cop26.”

Later on Tuesday the business elite will be driven to a reception hosted by the Queen at Windsor Castle, where they will be served drinks in St George’s Hall and invited to mingle with the Queen, the Prince of Wales, the Duke of Cambridge, the Duke and Duchess of Gloucester and Prince Michael of Kent.

“The aim of the summit is to secure billions of pounds of new international investment to support the PM’s 10-point plan for a green industrial revolution,” the prime minister’s spokesperson said.

Johnson is due to announce on Tuesday that £9.7bn of “new foreign investment” in the UK has been secured at the Global Investment Summit. However, the top three “green growth” projects highlighted by the prime minister – and worth a combined £8.5bn – have already been announced by the companies involved.